If you come to visit Verona, you cannot miss the Wine journey into the valley of vineyards: Valpolicella land.

Valpolicella’s name seems to originate in the Latin “Vallis –polis-cellae”, which literally translates to “valley of the many cellars”.

It is a splendid hilly territory located just a few kilometers from Verona, a city of art UNESCO; Valpolicella is enclosed between the Adige Valley, Lessinia (Pre-Alps), Verona and Lake Garda.

This area, mainly agricultural land, is spread over 240 Km2 on the north-west side of Verona city centre.

The region is characterized by rolling hills and fertile valleys at the feet of the imposing Dolomite Mountains immediately north.

In addition to enjoying an excellent climate, this area is filled with incomparable beauties: here one can admire stunning and bucolic landscapes, alternating between green vineyards and olive groves and colored cherry and peach trees.

There is also the extraction and manufacture of the renowned red Verona marble, used in the decoration of numerous monuments in Verona and its surroundings. An example of an Open-air marble quarry is really visible in the peaks of the mountains in the Prun di Negrar villages.

Since antiquity, Valpolicella has been rich of water and vegetation, elements that have favored human settlements since prehistory; thanks to its favorable geographic position halfway between the Po valley and the Alps and its vicinity to the Adige river, Valpolicella has been an important line of communication and a favored place of settlement since the stone age.

This region is rich of past traces like Roman Ruins, Venetian Villas, Romanesque churches and stately farm houses, that you can visit during our Valpolicella wineries day-tour with lunch. 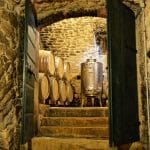 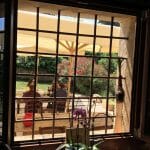 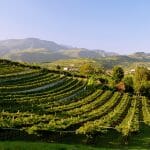 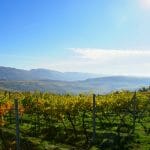 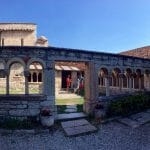 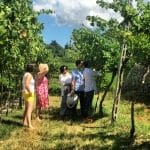 Currently, there are about 80 villas, among which worth mentioning are Villa Santa Sofia, designed by architect Andrea Palladio, Villa Mosconi Bertain and Villa Rizzardi in Negrar with its luxurious Pojega gardens.

The Valpolicella is a harmonious blend of history, culture, folklore and tradition, all enriched by a mouthwatering culinary tradition and the hospitality of its inhabitants.

The main traditional dishes of the area are accompanied by the finest of fruity, full-bodied wines such as: the Valpolicella Classic, the Valpolicella Superior Ripasso, the Recioto (the only sweet one) and the Amarone wine, all severely red wines with great acidity and tannins.

Before the Romans domination this area was lived by a mixed religious population called Arusnati.

The culture of wine is a very old tradition, and the presence of wine pips goes back to the Bronze Age, as many of them were found in the village of Castelrotto; while in an old villa of San Pietro in Cariano, a wine production plant has been identified.

Let’s discover the best the example of these wines, no Italian wine is more distinctive than Amarone della Valpolicella, and few are as precious.

Those grapes must be dehydrated into raisins before vinification truly begins. So clearly, Amarone is singular in every way, most notably in its overall excellence.

Amarone is high in alcohol, with intense aromatics that range from resin and dried prunes to cherry. On the palate it is rich and powerful but balanced, with flavors that can range from dark fruits like berry, cherry and plum to licorice, coffee and chocolate.

Villages making up the Valpolicella Classica

The itinerary of discovering Valpolicella Classica is a wine tasting tour around big historical wineries and family run ones ending with lunch. The famous villages of Valpolicella you can visit are: Sant’Ambrogio di Valpolicella, San Pietro in Cariano, Fumane, Dolcè, Marano di Valpolicella, Sant’Anna d’Alfaedo, Negrar and Pescantina, this one taking its name by peaches trees too.

So… what are you waiting for?

Enjoy a taylor made wine tour through the Valpolicella wine route. Stop for a wine tasting experience in two of the most beautiful wineries in the homeland of Amarone.

Discover with us the real Valpolicella and cheers! enjoy your holiday!