Amarone is a dry red wine DOCG (Denominazione di Origine Controllata e Garantita), which is only produced in  the Valpolicella wine Region, a valley in between Verona and Lake Garda.

Valpolicella wine region received DOC status in 1968. It is influenced by the Lessini Mountains in the north and by the Lake Garda in the west, the biggest lake in Italy. The best vineyards and the best producers are on hillsides in three famous valleys: Negrar, Marano and Fumane.

The Amarone is a wine to open on special occasions, to pair with important dishes.

This is why it’s considered a “meditation wine”.

The name derives  from the adjective “bitter” ( “Amaro” in italian) that distinguishes it from the sweeter brother,  the Recioto.

This powerful wine has a recent history, It was born around the 1940 by the winemaker Adelino​​ Lucchese​.

The legends says that Amarone was born due to a mistake in the production of Recioto.
Adelino Lucchese was the wine maker of Villa Novare (today Villa Mosconi Bertani). While bottling sweet Recioto he forgot one of the barrels. The wine remained like that, for some years.
When Adelino discovered that the cask was still full he feared that the wine had gone bad and that they would fire him. He called the winemaker Gaetano Dall’Ora, and together they tasted the wine. To both their surprise, and Adelino’s relief, not only had the wine not gone bad but it was even better.

It had gained body, structure and power, but its original sweetness had also transformed into elegance and softness. The fermentation had continued slowly in the barrel, transforming sugars into alcohol. It was no longer sweet, and for this reason it was named Amarone ( more then bitter). 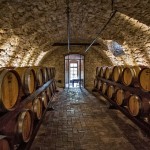 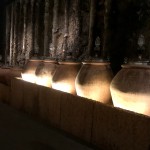 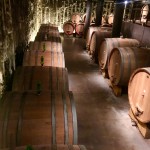 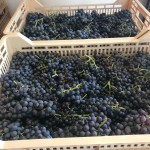 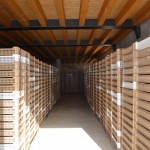 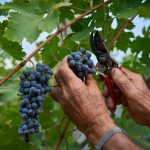 It is produced only from dried grapes of Corvina, Corvinone, Rondinella, and Oseleta Negrar: harvested by hand in small boxes in early September and then leave them to rest until january/february so that the water contained in the grapes to evaporate! It is this drop in weight which allows to obtain a naturally strong concentration that can resist for more than twenty years and can thus bear the name Amarone.

Valpolicella is characterized by a high numbers of small-medium wineries, that all work pay very attention to the quality.

Indeed grapes are harvested exclusively by hand, and carefully graded to select only loosely clustered bunches, those that have the best characteristics for long natural drying on racks.

The slow fermentation in stainless steel tanks and the long aging in French oak allow you to make Amarone a remarkable complexity and elegance.

In June 2009, 10 top quality producers created an organization named “The Historical Amarone Families”, vowing to respect the traditions in the production of Amarone. 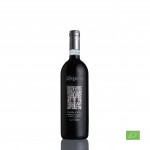 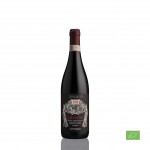 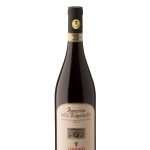 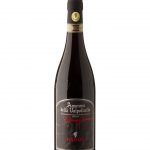 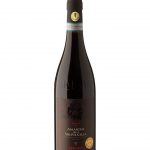 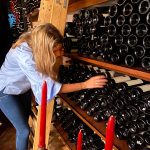 The wine cellar of the “amarone Families”

All the families bring a heritage of knowledge consolidated over time from an unwavering commitment to quality, tradition and innovation as testimony to this great wine. To guarantee high standards of quality, since 2009 they have set precise production regulations, with the aim of honoring the long Valpolicella story.

They have a symbol on the bottle, which is and A in a circle.

Today we would like to talk about 2 wineries among our favorites:

SPERI family and Venturini family, today both synonymous of excellent and high quality!

“When tradition is the fruit of decades of experience and stylistic integrity is an indispensable value”.

The Speri Winery, with a story that begins in the first half of the 1800s, has now entered its seventh generation making wine from about 60 hectares of vineyards in the most select Valpolicella Classica areas.

In 2015, after practicing years of sustainable farming, the Winery achieved organic certification for all of the production.

The Speri family, respecting its territorial heritage, has always cultivated exclusively the native grape varieties of the Valpolicella zone (Corvina, Corvinone, Rondinella, Molinara and other indigenous varieties), making wine only from grapes coming from its own vineyards and itself overseeing the entire production process.

I highly recommend to try their Valpolicella Classico Superiore “SANT’URBANO”, a true explosion of flavor, something that you can’t describe, you need to taste it! This is a absolutely must try it! Have a look to the details of this wine!

About Venturini family: “Dedication and passion; Living everyday in close contact with nature, following and respecting its rhythm” .This is their philosophy.

With more the 100 years of experience they have gained the  podium among my favorite wineries.

A MUST- TRY is their Amarone CAMPOMASUA , and of course all their “riserva” Amarone, 2007-2001, simply terrific.

Have a look here to our full wine cellar created for you, where you can buy the best niches wines from Valpolicella, Soave, Lake Garda.

Still dreaming about the Valpolicella wine region, its wines, and rolling valleys? Book now your Amarone wine tour with Romeo and Juliet Guide.

Our full-day wine tours are a great exploration of Valpolicella wines with usally three winery visits, tastings of Valpolicella, Ripasso, Amarone, and Recioto, and a traditional lunch. Your day is led by us, Virginia and Sara,  sommelier  & wine expert, and we will guide you through the region’s winemaking traditions and style.

In the meantime let’s Introduce the Amarone wine tours from Verona, direct to your home

A virtual wine tasting class isn’t new, but we wanted to make it more…intimate.

Our goal: to help bring our family-owned Valpolicella winery network together with our clients across the globe, as we do with our ‘real-life’ Amarone wine tours from Verona – a virtual tasting wine with samples, direct from Italy.

The sample concept may seem obvious but we’re taking it further to give this program life. We don’t want to offer a one-size-fits-all virtual wine tasting experience. So, we set to work developing a virtual version of our popular in-person Amarone wine tours.

Missing Verona and its glorious wines? Want to try a niche Amarone Riserva? Have a look to our bespoke Amarone wine Club!

Uncork with us the best of the Italian wines! And get ready to fully immerse into this amazing world!

Go to the wine-shop!