Our walking tour of Verona starts in Piazza Bra, to be precise at “The Portoni del Brà archway” where you can see a portion of the original medieval city wall …

This square is one of the largest squares of Europe! The term “bra” comes from a german word “breit”= open space/large space.

Our first stop is at the majestic Arena, the only Roman amphitheater still “alive”.

Built in the first century, the Verona Arena is an open-air Roman amphitheater that’s still fully in use today, making it one of the best-preserved ancient structures in the world. That means that these stones have seen everything from gladiator games to One Direction concerts, from medieval jousts to Puccini operas. Its colorful palimpsest of histories makes it a perfect representation of Verona itself.

The city was built up in the first stage of the Roman Empire’s expansion because of its strategic location on the river Adige. It was used as a base for controlling the northern territories, and it was at the center of many important roads. You can see the footprints of this ancient history all around the city, as Roman ruins are incorporated with nonchalance into the everyday fabric of the infrastructure. The Arena today is located in the

historic center of the city, but back in Roman times it was on the border of the urban area, just outside the city’s walls.
The Arena is made from pink and white stone from nearby Valpolicella. It originally had three tiers of arches running along the border, but only two survived. The place held over 20,000 people in its heyday, hosting festivals that would draw visitors from all over. It was a complex and demanding entertainment industry, powered by the labor of hundreds of slaves in the underground tunnels. Grandiose stage sets would be erected in the central space. The elliptical shape gives the space excellent acoustics.

There were processions, circus acts, dancing and music, but, above all, the citizens came to see blood sports. Fierce wild animals from faraway places in the empire were brought in to be hunted, and condemned prisoners were executed in bloody and inventive ways. The feature presentation was always a gladiator show, in which two trained combatants would fight one another to the death. The word “arena” means sand, and it refers to the sand that covered the floor of the ring to absorb the blood spilled during the fights.

In the 16th and 17th centuries, the theater hosted games and tournaments. The first documented joust took place here in 1590, with all kinds of equestrian games plus knights demonstrating their horsemanship and fighting skills.
Both Veronese knights and foreigners came to participate, from even as far as Sweden. Shows like bull hunting continued into the 17th century, and exotic animal exhibits were always popular. In 1751, a rhino was shown in the Arena to the wonder of all the spectators.
Even today, the Arena continues to play host to a variety of important cultural events. It’s one of the best places in the world to see the opera is here at the yearly summer festival, which hosts up to four different productions. And from the most renowned opera singers of the world to contemporary artists like Pearl Jam and Adele it continues to be relevant. It was even the setting for a recent Bollywood movie called Rockstar.
That’s just a brief history of a place with 2,000 and some years of history on its back. 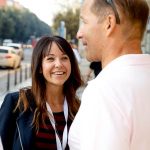 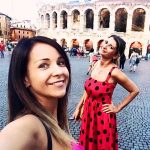 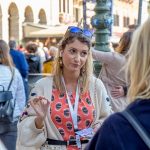 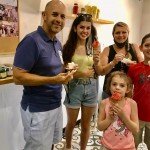 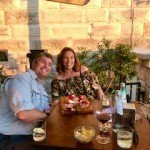 Our walk keep going then through Via Mazzini, the main street of Verona, so called the ” street for all the pockets” ( cheap and very expensive shops one after the other). Anyone who is looking for the latest fashion in clothes, shoes and accessories and has a corresponding budget will certainly find what he or she is looking for. If you’re staying in Verona during the time of the Saldi (sales), you will have the chance to find a bargain or two for less money.

The street forms a direct connection between the Piazza Brà and the Piazza delle Erbe. It is not only the largest pedestrian area of Verona, but is also one of the busiest streets of the city and Verona’s shop window. Row upon row of shops line the road, and large crowds of tourists amble from window to window. All major Italian fashion brands are represented here and offer their goods.

The Via Mazzini itself was lined with warehouses and barracks until the 19th century. The unfortified ground turned into a veritable mud field during rain showers until the city government decided to secure the street and pave it with marble. The paving was also the reason for the street’s rising fortunes – barracks gave way to modern stores until the street reached its current appearance. Incidentally, the road was named in 1907 after the Italian politician and philosopher Giuseppe Mazzini (1805-1872), who did much for his country during the Italian Risorgimento and the struggle for freedom.

If you are doing a walking tour with a local guide, you might be surprised of what you can find inside some shops.. a hidden city it’s waiting for you.. Learn about the secrets of Verona city…be amazed by its legends on our Verona tour.. Or if you want a mix of history and food and wine traditions, you can’t miss the Verona food and wine walking tour, a cultural Verona walking tour exploring, food, wine, and history… 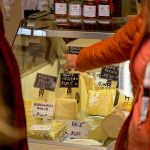 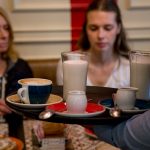 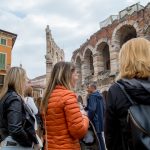 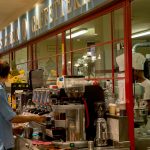 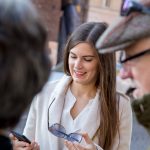 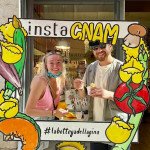 During our Verona walking tour you will learn also that Romeo and Juliet’s is not the only legend of tragic love set in Verona…There is one about a young soldier from the Holy Roman Empire army, around the 1500s, called Corrado di San Bonifacio, who fell in love with the beautiful Isabella, who rejected him. In despair, Bonifacio threw himself into a well. Isabella, moved by his sacrifice, followed him into the icy water.

The well is now known as the Well of Love. It lies hidden at the end of a closed alleyway in one of the most beautiful spots of the historical centre of Verona. You used to be able to throw a coin in it and make a wish. Now, however, the well has been sealed to avoid unpleasant harvesting by the area’s residents. You can still push a few cents through the wooden planks, though. You can’t let a wish that comes this cheap, to have an unrequited love returned or consolidate a bloomed romance, just slip away.

FOCUS: Did you know Verona has also a Jewish Getto with a open Synagogue?

The construction of the Verona monumental synagogue, which began in 1864, took place during the period of Jewish social equalization which spread throughout Europe in the course of the century. The building stands on the site of an earlier oratory which had now become too small and structurally unstable. The competition organized by the ‘Comunione Israelitica’ was won by the project of architect Franco and engineer Mantovanelli, who designed a grand building, set in the former ghetto area, with reception entrance on a main street (the present-day Via Sella).

Two years after work began the building had to be finished in simplified form due to lack of funds; the oratory that was erected was therefore considered as temporary.
In 1928 new works were needed following demolition operations that had begun a few years earlier as part of a health and hygiene redevelopment program. The works were assigned to architect Fagiuoli, who opted for a design that was typical of the period and more in line with the modern character that the area was assuming. The demolition of the adjacent Pincherle house had made possible the addition of a new façade overlooking the present-day Via Rosani, which was to be the main entrance. From here a small vestibule finely painted with botanical motifs leads to the hall. The interior space shows the influence of Christian church architecture. On the back wall is a marble aron dated 1645, probably from the old Sephardic rite oratory. In front of this, within an enclosed area, stands the tevah, behind which is the seating for the public, arranged in parallel rows. The painted decoration on the walls and the large round vault are highly valued for their outstanding quality.

Hear the real story about Romeo and Juliette and see both their houses! Be amazed by the history and the legends of Verona’s Arena.. and taste our “Elixir of love”.. Any guess? It’a a wine and Veronese people considered it the “king of wines!” It comes from the Valpolicella wine region! If you want to know more about this “elixir, read more about the Valpolicella wines https://www.romeoandjulietguide.com/blog/valpolicella-wines-classico-superiore-ripasso/

Find out more and book online your Verona tours with us!

We can’t wait to see you soon!